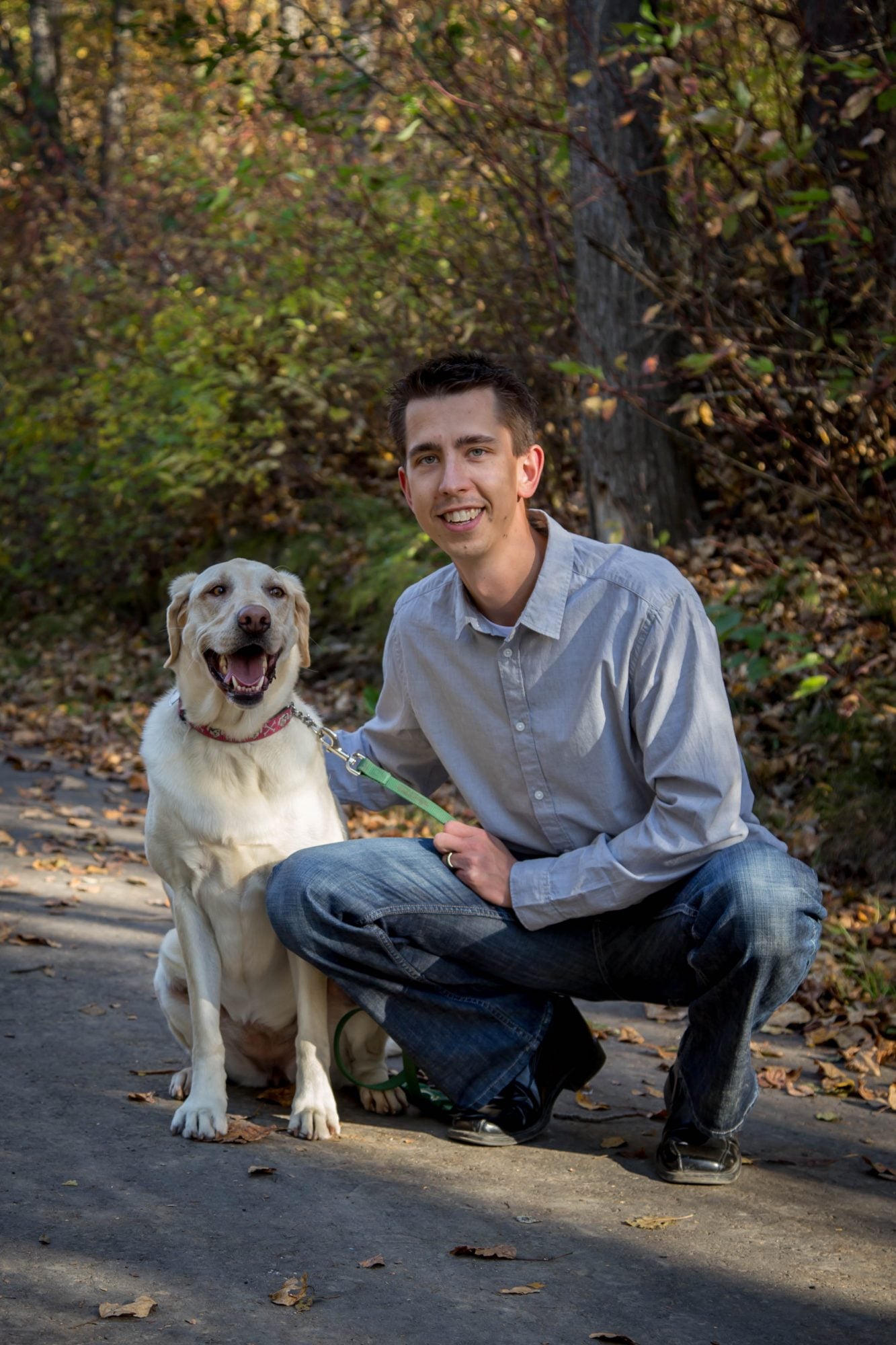 Mike DeVries grew up on his family’s small beef farm in Neerlandia, AB.  It was there that he developed a passion for working with animals and became interested in veterinary medicine.  He fulfilled his dream of becoming a veterinarian when he graduated from the Western College of Veterinary Medicine in Saskatoon, SK in the spring of 2010.  He has worked in mixed animal practice since then.  Mike has enjoyed the daily challenges faced in mixed practice and has developed a particular fondness for small animal surgery and dentistry, as well as bovine herd health and obstetrics.

In his spare time, Mike enjoys spending time with family and friends.  He and his wife, Steph, have been married since 2010 and together they enjoy caring for their daughters, Eden and Jocelyn, and the family dog, Abby.  Mike also enjoys various sports as well as woodworking, whenever time allows.

With recently moving to Spruce Grove, Mike and his family look forward to becoming a part of the Tri-Municipal community and helping families and their beloved pets. 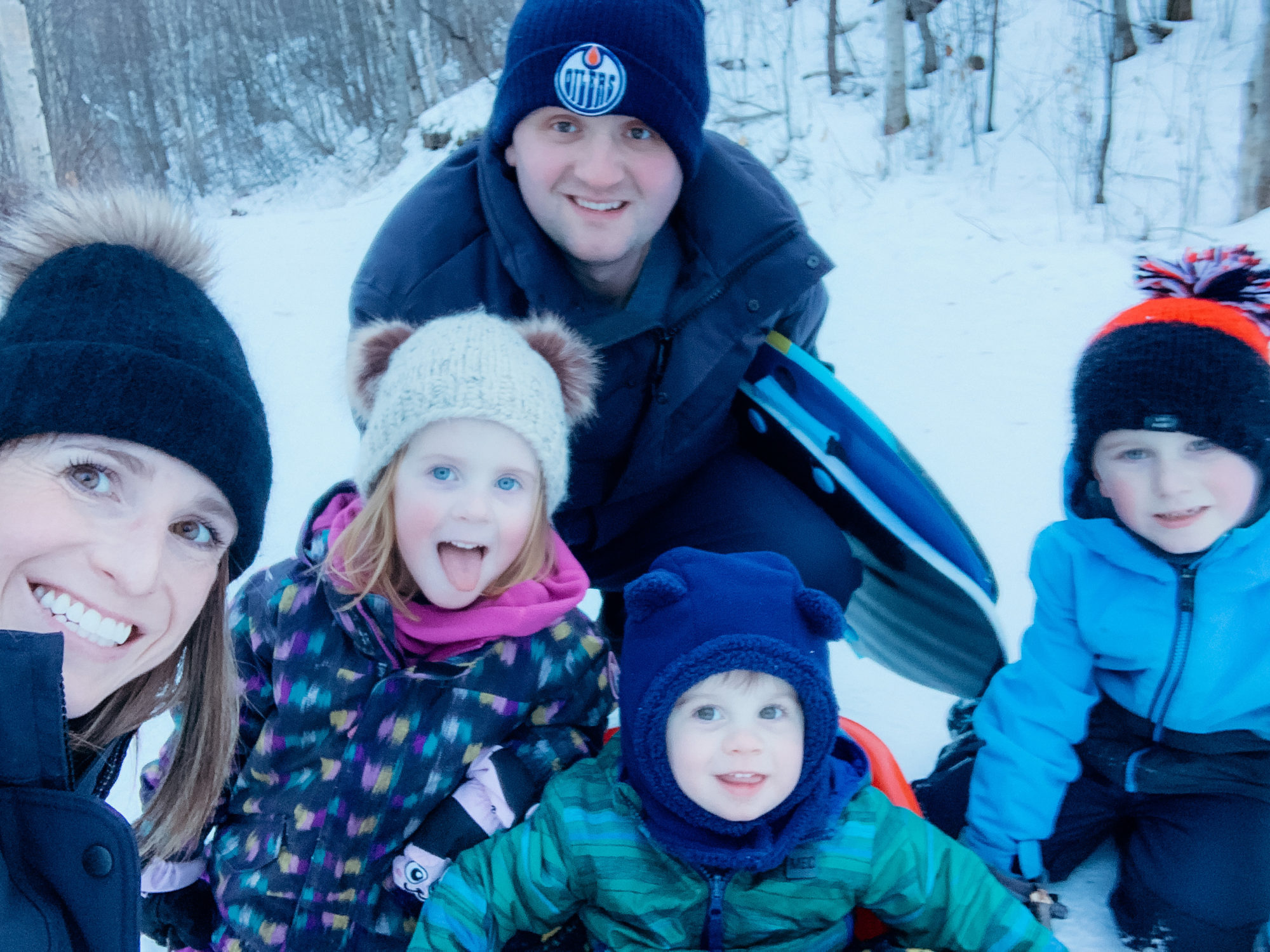 Rob Kyle grew up a few miles south of Stony Plain and has always considered the Tri-Municipal region his home. After graduating from Memorial Composite High School in Stony Plain, Rob was undecided as to what career he wanted to pursue, and spent time working in multiple fields to help guide his decision. It wasn’t until Rob spent time with his Uncle John, retired veterinarian and owner of Mayerthorpe and Whitecourt Veterinary Clinics, that he chose veterinary medicine as his career path. In 2004, he enrolled in the College of Agriculture at the University of Alberta, where that he met his wife Vanessa. In the fall of 2006, Rob was accepted to the Western College of Veterinary Medicine in Saskatoon, Saskatchewan. Upon graduating from vet school Rob began his career in a mixed animal practice just outside of Saskatoon, while Vanessa completed vet school. In 2012, Rob and Vanessa decided that it was time to return home to provide veterinary care to their community. Although starting their own practice has been a lot of hard work, Rob feels truly blessed by the opportunities presented in the Tri-Municipal Area.

Rob became a veterinarian so that he could help not only animals, but families as well. One of the challenging, yet thrilling parts of the job, is that no day is ever the same. Rob believes that being a veterinarian is one of the most interesting careers one could have. There is not a day that goes by that he doesn’t learn something new. Rob’s veterinary interests include small animal surgery, preventative medicine, and large animal herd health. Rob keeps busy in his spare time playing hockey, slow pitch ball, swimming casually, and spending time with his two sons, daughter, and wife. He enjoys heading to the mountains and jumping on the quad for a rip in the country side. 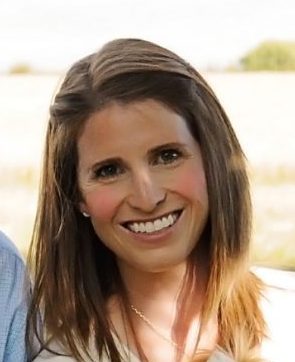 Vanessa Kyle graduated from the Western College of Veterinary Medicine in 2013, where she had the opportunity to work under several specialists in Saskatoon, Calgary, and Edmonton referral centres. It was here she developed a special interest in small animal internal medicine.

As a child, Vanessa’s dream job was to become a “Safarier” and was fascinated with all things jungle. However, it wasn’t until mid-way through her undergraduate degree when she realized that the Safari life wasn’t quite feasible, and that Veterinary Medicine was a more suitable calling. It was during this time she met Rob, who shared this passion, and the two became married in May 2010.

Vanessa grew up in Edmonton with three sisters and a myriad of pets. She and Rob have three children and one cat named Zoey.  In her spare time, Vanessa enjoys spending time outdoors. She loves baking, rock climbing, snowboarding, and trail running. 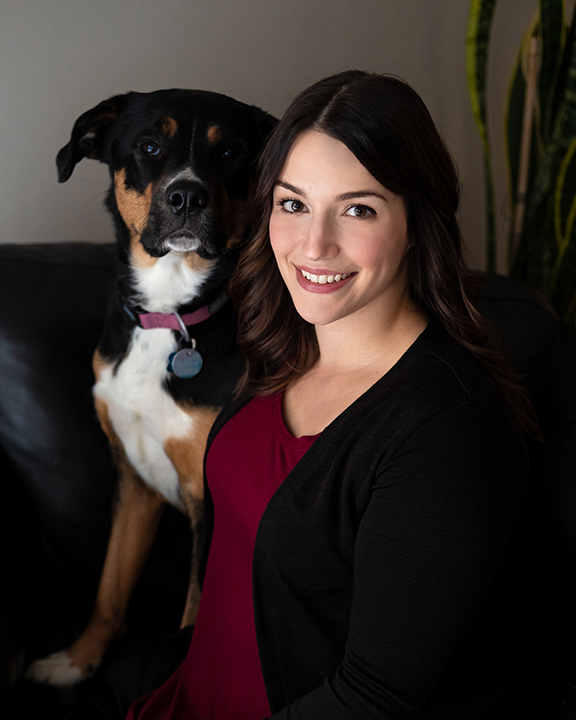 Hannah was born and raised in St. Albert, AB. Always an animal lover, she knew from a very young age that she wanted to pursue veterinary medicine. After completing an undergraduate degree in Animal Health at the University of Alberta, she attended vet school at the Western College of Veterinary Medicine and graduated in 2016. After several rewarding years working in small animal practice in St. Albert and Edmonton, Hannah was looking for a new challenge. Her passion for collaboration and communication led her to pursue an MBA at the University of Alberta, which she completed in 2020. After spending some time at home with her young son, Hannah is thrilled to be taking on the new role of Practice Manager.
In her spare time, Hannah enjoys reading, staying active and spending time with her husband, son, and their rescue dog, Harper. 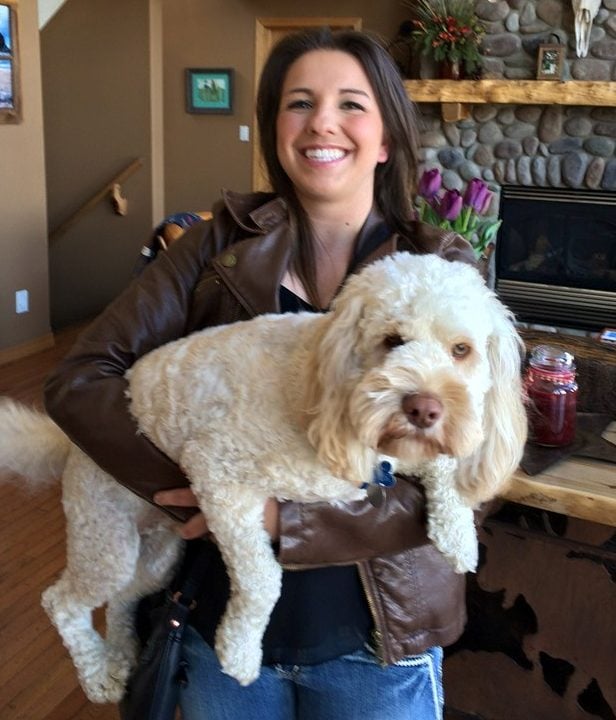 Becky was born and raised in Leduc, Alberta. Her post-secondary schooling started in Red Deer College where she had the opportunity to play college hockey for 2 years on the female varsity team, Red Deer College Queens. Following her time in Red Deer, she attended the University of Alberta with a major in Animal Health, focusing on Food Animals. In 2012, Becky was accepted into the University of Calgary Faculty of Veterinary Medicine, where she pursued an area of emphasis in production animal health, specifically cattle medicine. For the last year, Becky has been working in Rocky Mountain House engaging in a busy mixed animal practice.

Her family consists of her younger brother who lives in Calgary, and father and mother who reside at Pigeon Lake Village. She shares her home with her husband and her fur baby Gus, who has been with her throughout her veterinary studies. Becky’s personal interests include hockey, camping, boating, ice fishing, and quality family time. 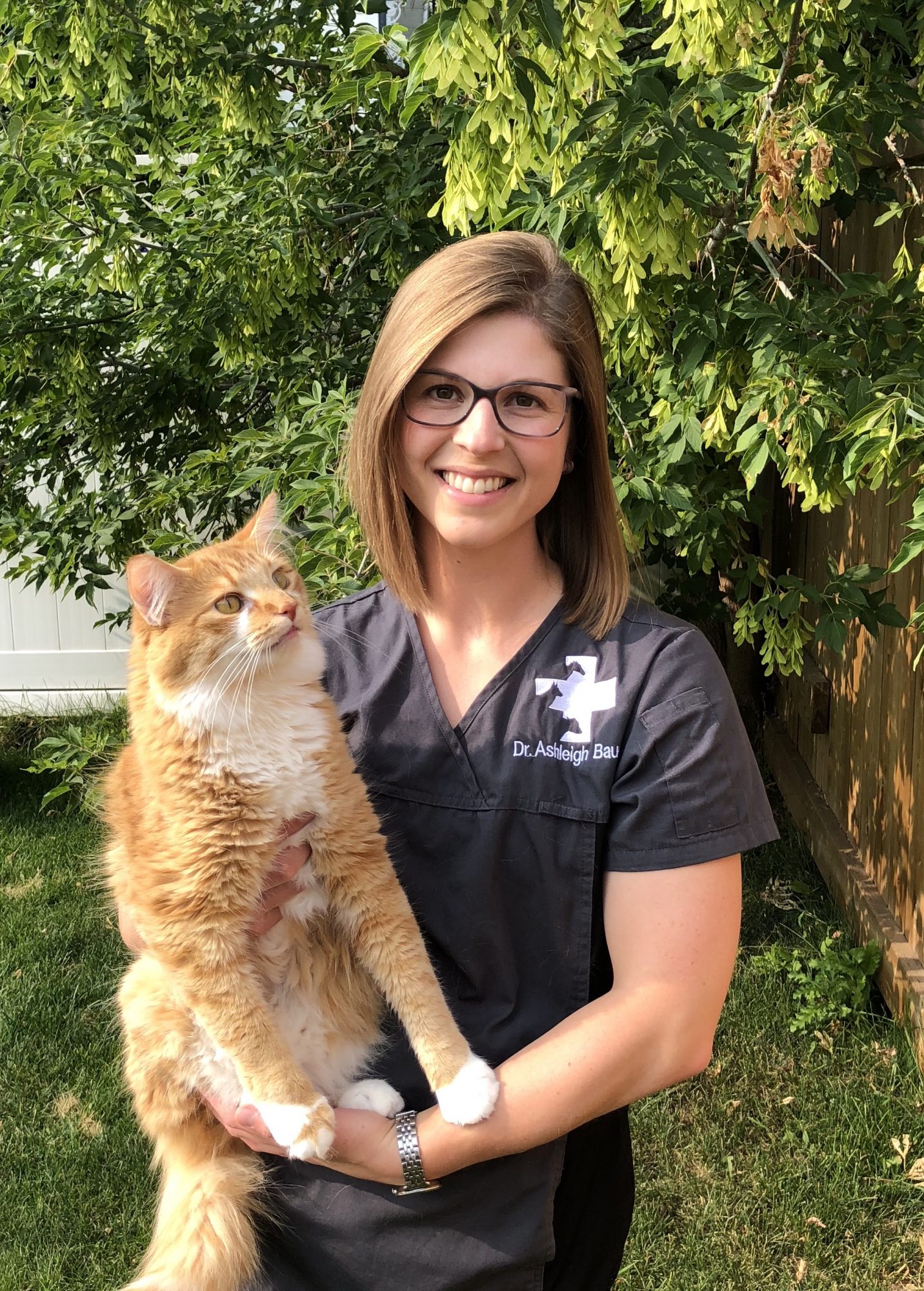 Ashleigh grew up on a grain and chicken farm west of Stony Plain and knew that she wanted to pursue veterinary medicine from a young age.  This dream was made possible when Ashleigh was accepted into the University of Calgary’s Faculty of Veterinary Medicine.  She graduated in 2014 and has been working at busy small animal clinics in Edmonton and Spruce Grove.

Ashleigh’s main interests include small animal internal medicine, dermatology, and ophthalmology.  The most rewarding part of her job is building trusting relationships with her clients and working together to improve the lives of their pets.

In her spare time Ashleigh enjoys gardening, playing slow pitch, cycling, and skiing.  She loves spending time with friends and family, as well as her furry companions.  She has an orange tabby cat named Scooter and a black lab named Bug. 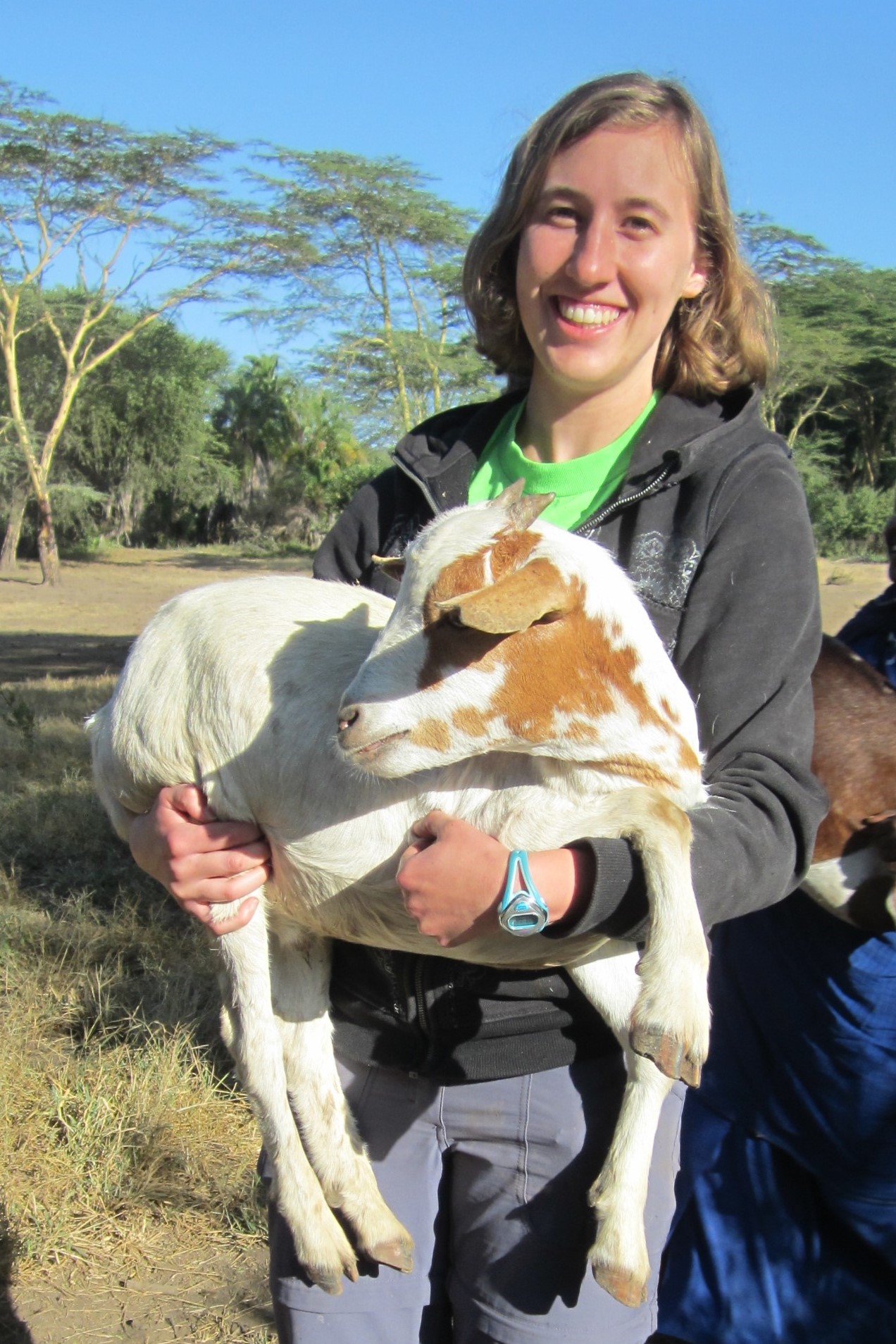 Marika Wagner grew up in Calgary and from a very young age she dreamed of becoming a veterinarian. On her journey to reach that goal she studied at the University of Alberta in the Animal Sciences program before she was accepted into the University of Calgary Faculty of Veterinary Medicine from which she graduated in 2017. Marika feels that the most valuable and enjoyable part of her education was spending her final year of veterinary school completing her practical requirements at veterinary clinics all over Alberta, and even as far as Tanzania and the Northwest Territories.

Following graduation, she spent a year in beautiful Prince Edward Island completing a small animal rotating internship at the Atlantic Veterinary College and hospital. There she gained valuable exposure to small animal emergency, surgery, internal medicine, and other various specialties. After an enjoyable year on the East Coast, Marika was excited to return to Alberta and become part of the Tri-Municipal community.

Marika enjoys all aspects of veterinary practice that she has encountered so far, but has a particular interest in small animal anesthesia & surgery and large animal herd health & surgery. In her free time Marika enjoys hiking, camping, playing soccer, Highland dancing, and learning to play the guitar. 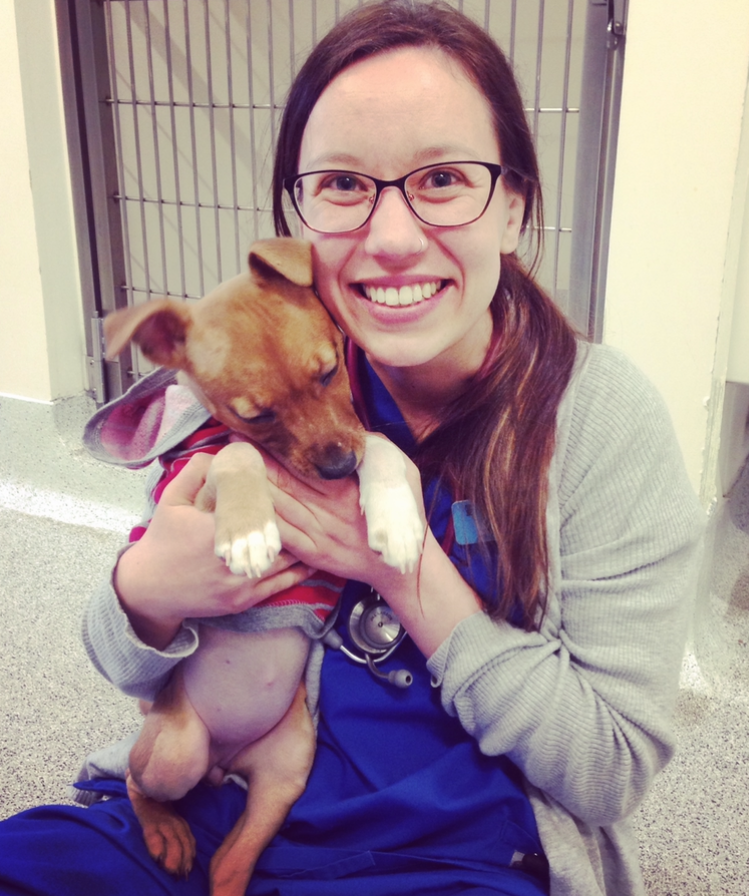 Jill grew up in Alberta and had an immense love for all animals from a young age. After graduating from the NAIT Animal Health Technology program in 2006, she worked as an AHT in small animal practice in Parkland County while also pursuing her Bachelor of Science degree.

In 2012, Jill started her studies at the University of Glasgow’s School of Veterinary Medicine. Since moving home, she has worked in a busy small animal practice and has further developed special interests in internal medicine, dermatology, animal rescue and welfare, and client communication and education. She is passionate about building positive, trusting relationships with clients and working with them as a team to provide the best care for their treasured animal companions.

Jill has been fortunate to have had many pets to love throughout her life. Most recently, she adopted Stuart, a cat presented to her for veterinary care as a stray. In her spare time, Jill is happiest being around family, enjoying live music and spending time outdoors – especially at the lake, in the mountains or around a campfire. 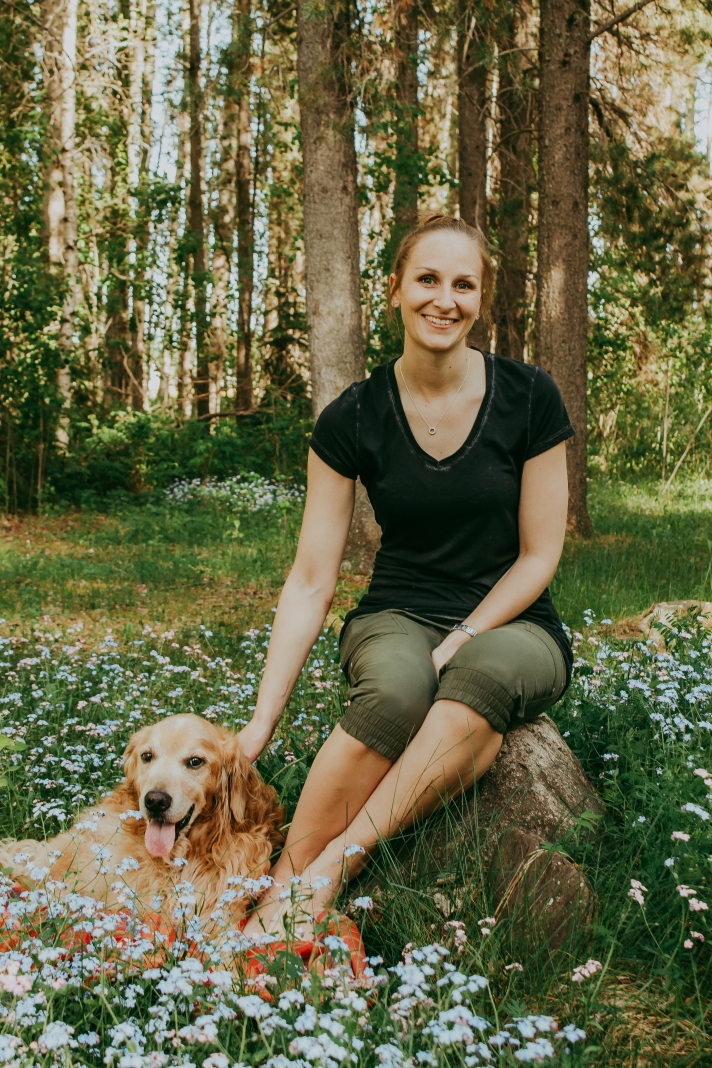 Yasmine grew up on a farm in rural Alberta and some her fondest childhood memories include the animals that she grew up with. After high school, Yasmine attended the University of Alberta where she completed a Bachelor of Science with a Specialization in Animal Biology. Shortly after completing her undergraduate degree, she decided to pursue veterinary medicine and was accepted to the University of Calgary Faculty of Veterinary Medicine.

Since graduation in 2019, Yasmine has been working in mixed animal practice. She enjoys working with all species but has a soft spot for cats and cows in particular. Her main areas of interest include small animal internal medicine, emergency medicine, dentistry, and bovine obstetrics.

In her free time Yasmine loves to read and is happy with any outdoor activity where she can enjoy the sunshine. She currently has three cats named Oliver, Finn, and Max, and is looking forward to adding a dog to her family. 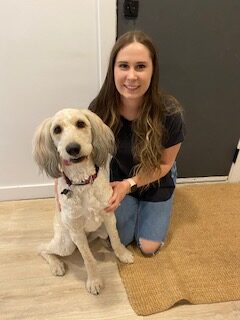 Danica was born in Saskatchewan and raised in Winnipeg, Manitoba. Her family then moved to St Albert, Alberta when she was in junior high school. For as long as she can remember Danica has wanted to be a veterinarian and after completing her undergraduate degree in Animal Health at the University of Alberta, she was accepted to the University of Melbourne’s Doctor of Veterinary Medicine program in 2018. After graduation, Danica decided to return back home and brave the cold winters of Alberta once again!

Danica is enjoying all aspects of veterinary medicine so far but she particularly enjoys the puzzle of small animal internal medicine, both small and large animal surgery, bovine obstetrics, and avian medicine. She even wrote her final year research project on the use of Alfaxalone for sedation and anaesthesia in the domestic pigeon.

In her free time Danica likes baking, reading, hiking, doing puzzles, and spending time with her family, friends and fiancé. She currently has a lovebird named Ivy and is looking forward to adding more furry and feathery companions to her family.